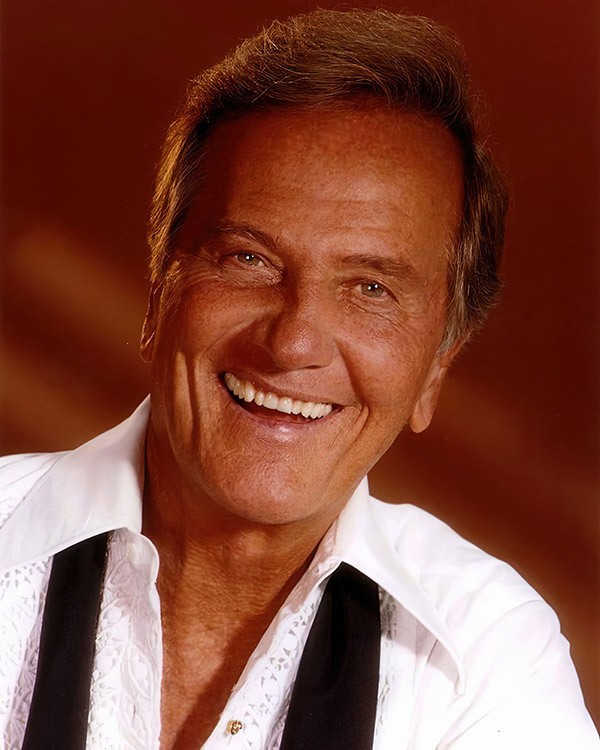 In the years immediately prior to the British Invasion, only one performer rivaled the chart dominance of Elvis Presley, and that was Pat Boone. Boone was the very essence of wholesome American values. At a time when the rise of Rock ‘n’ Roll was viewed as a sign of the apocalypse, he made the music appear safe and non-threatening, earning some 38 Top-40 hits in the process.

Born Charles Eugene Patrick Boone on June 1, 1934, in Jacksonville, FL, and raised in Nashville, Tennessee, “Pat” Boone attended high school in Nashville and sang in church with his brother, Nick, and family, and all over town at school affairs, community events, and on local TV and radio. Boone made his recording debut in 1954 on Republic Records, followed a year later by his Dot Records debut “Two Hearts, Two Kisses.” At the end of 1955 he notched his first No. 1 hit with a rendition of Fats Domino’s “Ain’t That a Shame.”

Boone later recorded numerous songs originating from the likes of Little Richard, the El Dorados, the Flamingos, and Ivory Joe Hunter. From 1956 to 1963, Boone accumulated nearly 54 chart appearances, many of them with two-sided hits. His most notable smashes included the No. 1 records “Don’t Forbid Me,” “Love Letters in the Sand,” and “April Love,” all three issued in 1957. That same year he began hosting his own ABC television series, The Pat Boone Chevy Showroom, which featured a number of top-name guests, including Ella Fitzgerald, Nat ‘King’ Cole, Connie Frances, Roy Rogers, Frankie Avalon, and Tony Bennett. Among his numerous awards and accolades, Boone has sold 45 million records worldwide, has 13 gold singles, two gold albums and a platinum album, and has recorded over 2,300 songs… more than any recording artist in recorded music history! He’s starred in 15 movies, starting with 1957’s Bernardine, and he has three stars on the Hollywood Walk of Fame. In 2003 Boone was inducted into the Gospel Music Hall of Fame, along with Amy Grant and the Blind Boys of Alabama.

Pat and Shirley (Foley) Boone (daughter of Country star ‘Red’ Foley) were married for over 65 years. “We lived a wonderful, blessed life together. I’ve parted with my better half for a little while… but we don’t die, we just move on to another place, and today (January 11, 2019) was moving day,” Pat said of his high school sweetheart. “She’s changed her address is all and moved to a different mansion that I expect to join her in one day.”