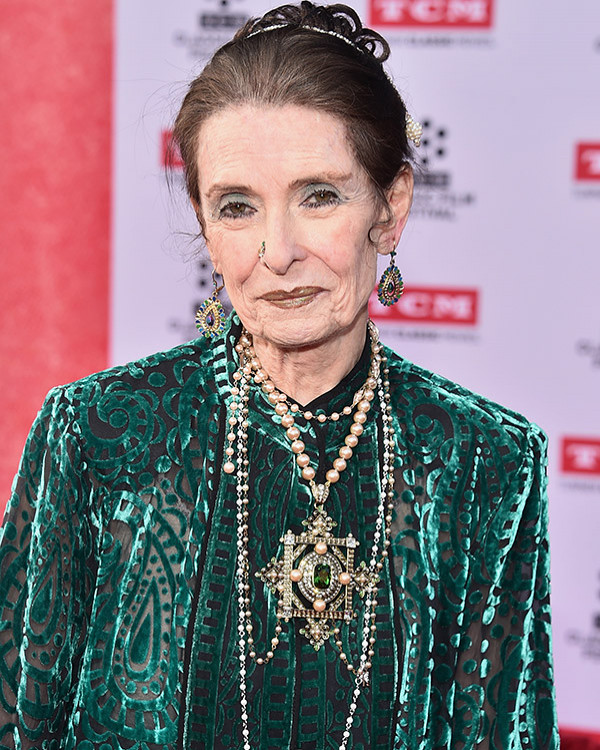 Legendary child star Margaret O’Brien is considered by most film critics and historians to be one of the greatest “little” actresses of all time. O’Brien, a gifted dramatic actress, was one of the most popular movie stars of the 1940s. At age three she expressed a serious desire to pursue acting while posing for magazine covers for photographer Paul Hesse.

Her film debut came with a one-minute shot in MGM’s Babes on Broadway (1941). It was producer Dore Schary who then cast her in Journey for Margaret (1942) as a little girl orphaned during the war. Overnight, Margaret O’Brien soared to stardom. She was heralded as a “sensation” and a “child marvel” and MGM wisely signed her to a long-term contract.

Margaret was a major child star throughout the 1940s, being a number-one box-office attraction. Her unforgettable performance as “Tootie” in Vincente Minnelli’s Meet Me in St. Louis (1944), with Judy Garland as her costar, won her a Juvenile Academy Award and earned her the label “America’s Sweetheart.”

She turned out amazing performances in such classics as The Canterville Ghost (1944) and The Unfinished Dance (1947). Her brilliant work in The Secret Garden and Little Women (both 1949) immortalized her in the tear-filled eyes of audiences worldwide. Additional movie appearances(more than 30 in all) include Jane Eyre (1943), Music for Millions (1944), Bad Bascomb (1946),Three Wise Fools (1946), and Tenth Avenue Angel (1948).

O’Brien was a beloved treasure of the movies and the adoring public, brilliantly and masterfully performing in roles that required talent and acting experience far beyond her years, to the admiration of her acting colleagues and loyal audiences. Millions of fans collected Margaret O’Brien dolls, hats, paper dolls, coloring books, and dozens of other products. In fact, film-star product endorsements reached an all-time high in the mid-forties largely because of Margaret O’Brien.

Thanks to appearances at events like the TCM Classic Film Festival and the rise of digital media that connects her to fans both old and young, Margaret O'Brien’s enormous star status has never diminished. She continues to receive film, television, and movie offers, recently completing two film projects for television: This Is Our Christmas (2018) and the upcoming Love Is in Bel Air. She has no plans of slowing down—now, or ever.