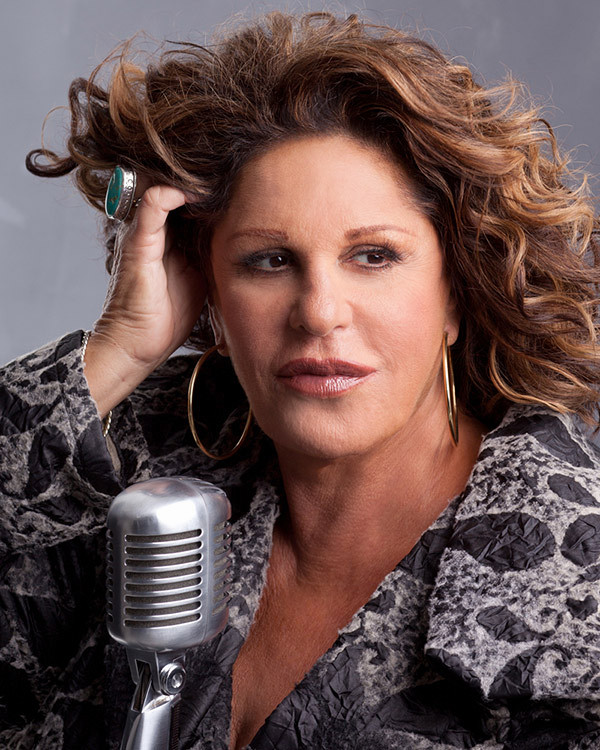 Lainie Kazan is the embodiment of the word “entertainer”—an artist who has reached the pinnacle in virtually every area of performance.

She began her career in the Broadway musical Funny Girl, where she played a Ziegfeld showgirl and understudied for leading lady Barbra Streisand. She finally got her chance to go on in the title role a year and a half after its Broadway opening. Lainie performed the lead role twice in one day and received accolades that launched what would be an extraordinary career.

Lainie has also appeared on the Broadway stage in The Government Inspector with Tony Randall; My Favorite Year with Tim Curry, for which she received a Tony Award nomination; and the Ethel Merman tribute, Doin’ What Comes Natur’lly, which she also produced. Regional credits include A Little Night Music, The Rink, Man of La Mancha, The Rose Tattoo, Gypsy, Who’s Afraid of Virginia Woolf?, Hello Dolly, Fiddler on the Roof, Orpheus Descending, Plaza Suite, and Bermuda Avenue Triangle with Joseph Bologna and Renee Taylor. She has also performed in The Vagina Monologues and The Exonerated.

Lainie’s television credits include St. Elsewhere (which earned her an Emmy nomination), The Paper Chase, The Nanny, Strong Medicine, Veronica’s Closet, Touched by an Angel, Will & Grace, My Big Fat Greek Life, Boston Legal, ‘Til Death, Ugly Betty, Desperate Housewives, Modern Family, Grey’s Anatomy, and the Disney Channel series Jessie. Most recently, she guest starred on The Kominsky Method and Fuller House. She has also starred in several movies made for television.

Lainie has performed in nightclubs, hotels, and concert halls around the world. She partnered with Hugh Hefner and opened “Lainie’s Room” and “Lainie’s Room East” at the Los Angeles and New York Playboy Clubs. Lainie recorded five albums for MGM and produced her most recent CDs—In the Groove and Body and Soul—with David Benoit for the label Music Masters.

Recently she has performed to sold-out houses at Feinstein’s at Vitello’s in Los Angeles, Feinstein’s/54 Below in New York, Vibrato in Bel Air, and The Purple Room in Palm Springs.

Lainie serves on the board for the Young Musicians Foundation, AIDS Project LA, and B’nai B’rith. In June 2008, Lainie had the honor of being a Grand Marshall for the Salute to Israel Parade in New York, with guests such as then-Senators Hillary Clinton and Barack Obama.

Lainie is a graduate of Hofstra University with a B.A. in Speech and Drama, with a minor in Education. She is an adjunct professor at Hofstra University teaching at the School of Communications, where she is on the advisory board. She is also on the board of the Screen Actors Guild and The Young Musician’s Society.

Lainie studied with Sanford Meisner at the Neighborhood Playhouse and studied voice with Joseph Scott for 20 years. She also studied with Lee Strasberg for 5 years and is a lifetime member of The Actor’s Studio.

Since 2012, Lainie has been an Adjunct Professor at the School of Theater, Film, and Television at the University of California, Los Angeles. Her course at UCLA is titled “Acting for the Singer” which uses the Great American Songbook and culminates with a Cabaret show at the end of the quarter. In the Spring of 2020, she joined the faculty of NYU teaching an online class.