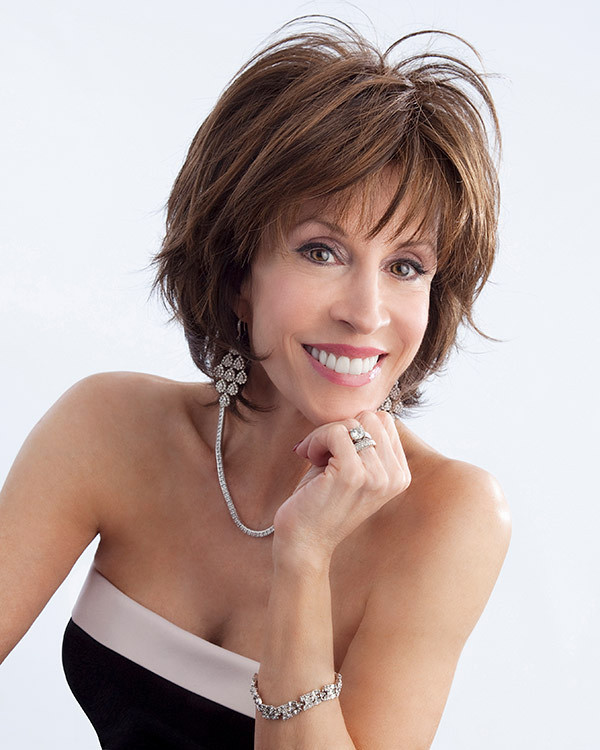 Deana Martin is an influential American singer, actor and performer and the very proud daughter of iconic entertainer, Dean Martin.

As an internationally acclaimed entertainer, hit recording artist and an in-demand performer, playing to sold-out audiences worldwide, Deana Martin has become an instantly recognizable voice and figure in the pantheon of The Great American Songbook.

Deana’s 2006 debut CD release, Memories Are Made of This, stayed in the top ten for 40 consecutive weeks. In 2009 another hit CD, Volare, was released; it debuted on the Billboard charts at #7 and the Jazz charts at #22. White Christmas was another chart buster, released in 2011. It has become a seasonal evergreen, hitting the top ten each Christmas since its release. Deana’s 2013 critically acclaimed CD, Destination Moon, played on over 1200 radio stations around the U.S. Her 2016 release, Swing Street, has broken sales records and garnered airplay on top jazz, standards, and country radio stations, emphasizing her prominent status as hit recording artist.

A celebrated author, Deana Martin found herself on the coveted New York Times bestseller list with her 2004 memoir, Memories Are Made of This: Dean Martin Through His Daughters Eyes.  In it, Deana delights in sharing wonderful, never-before-told stories about her father and his Pallies. To her they were known as, Uncle Frank (Sinatra) and Uncle Sammy (Davis, Jr); to the world, they were known as the Rat Pack. In 2015 Deana’s book returned as a bestseller on the Wall Street Journal’s list of Top Ten Nonfiction E-books.

The book will soon be made into a movie, directed by actor Joe Mantegna, with screenplay written by actor/writer/television host Bonnie Hunt, and starring Jennifer Love Hewitt.

Seeing Deana Martin in a live performance, you get the sense that there is nothing she cannot do.  And you’re right!  With an abundance of success under her belt as a hit recording artist, highly praised concert performer, accomplished actor, and bestselling author, Deana Martin seems to excel effortlessly at everything she does.

Deana Martin LIVE! For 122 episodes and counting, Deana has been entertaining her fans Fridays at 4:00pm ET, on Facebook, YouTube, and DeanaMartin.com. It’s a solid hour of entertainment that has prompted Pollstar to recognize her as a Top 10 Streamer in 2020 and 2021, hitting #1 twice!

In 2021, Deana returned to New York City, her hometown, via legendary powerhouse radio station WABC Radio. In Dean & Deana Martin’s NIGHTCAP, Deana shares personal recollections of growing up with her iconic Father and his pallies Frank Sinatra, Sammy Davis, Jr. and, of course, plenty of great music from Deana and her dad. It’s a fun and stylish way to close out the weekend, Sunday evenings from 8 to 9 on WABC.

Like her Dad, Deana makes it all look so easy, and audiences can’t get enough.

Deana and her husband John Griffeth divide their time between Beverly Hills, CA, and Branson, MO.

For more information on Deana Martin, her career and upcoming concert appearances, please visit her website at www.DeanaMartin.com.